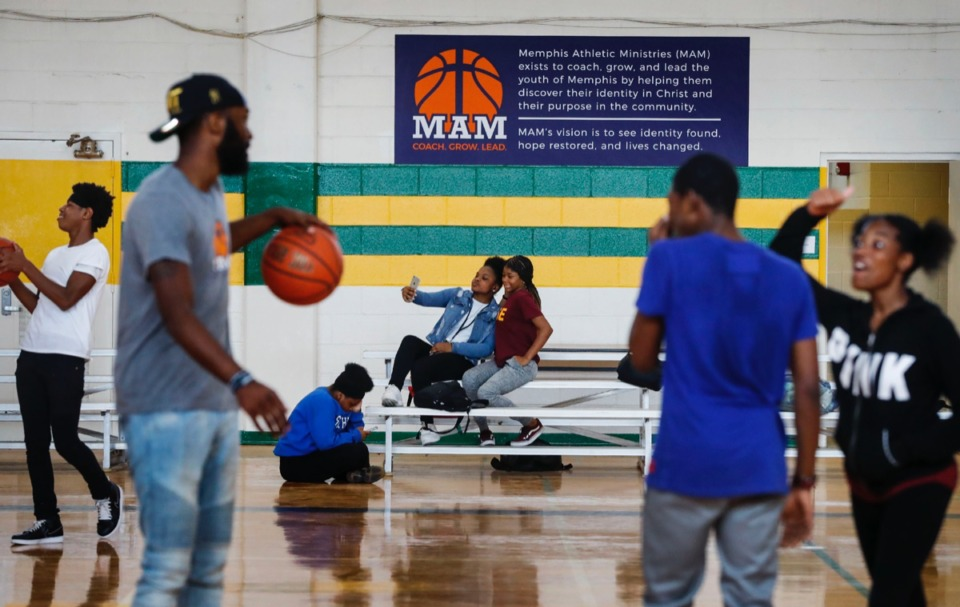 A storage room at Martin Luther King College Prep High School has been revamped as a newly renovated gym soon to be used by hundreds of students in the Frayser area.

“It’s one thing for us to always talk about how important they are, and what we do for them,” said FCS executive director Bobby White. “For them to see people that don’t look like them and from other areas of the city coming in and supporting them at a high level. And putting their resources behind that thought, it’s just amazing.”

The community gym, open to all youth ages 8-18 in the Frayser neighborhood, will have team sports, after-school tutoring and other recreational activities.

The gym will be open Monday through Saturday during the school year from 4-8 p.m., and the same hours Monday through Friday in the summer. Using the gym and MAM’s services comes at no cost for students.

MAM, a Christ-centered nonprofit, has eight youth centers throughout Memphis. MAM’s goal is to help youth through mentoring and athletics.

MLK Prep 10th-grade student Miracle Standard said she and her friends did not have a lot of places to hang out in the area and are excited about the new gym.

“It will influence other people to do good things and open doors for people,” Standard said.

MAM had previously been in Frayser in partnership with New Hope Academy, but left seven years ago when the nonprofit downsized.

MAM president and CEO Randy Odom spoke with White and Pursuit of God Pastor Ricky Floyd a year and a half ago about returning to Frayser. The discussions centered around using MLK’s Prep storage room, which had been a gym a decade prior.

“We just want to come in and be part of what MLK (Prep) is already doing,” Odom said.

White said Frayser Community Schools’ new partners such as MAM, and other new developments surrounding the school – including the $16 million Renaissance at Steele apartments – shows MLK is becoming an “anchor” in the neighborhood.

“We see the school as the center of the community,” White said. “When every conversation that you have, everyone is grounded in that and your actions follow that, then people just get on board. … Folks have felt that and they come. Six years ago, before we got here, these partnerships were not here.”