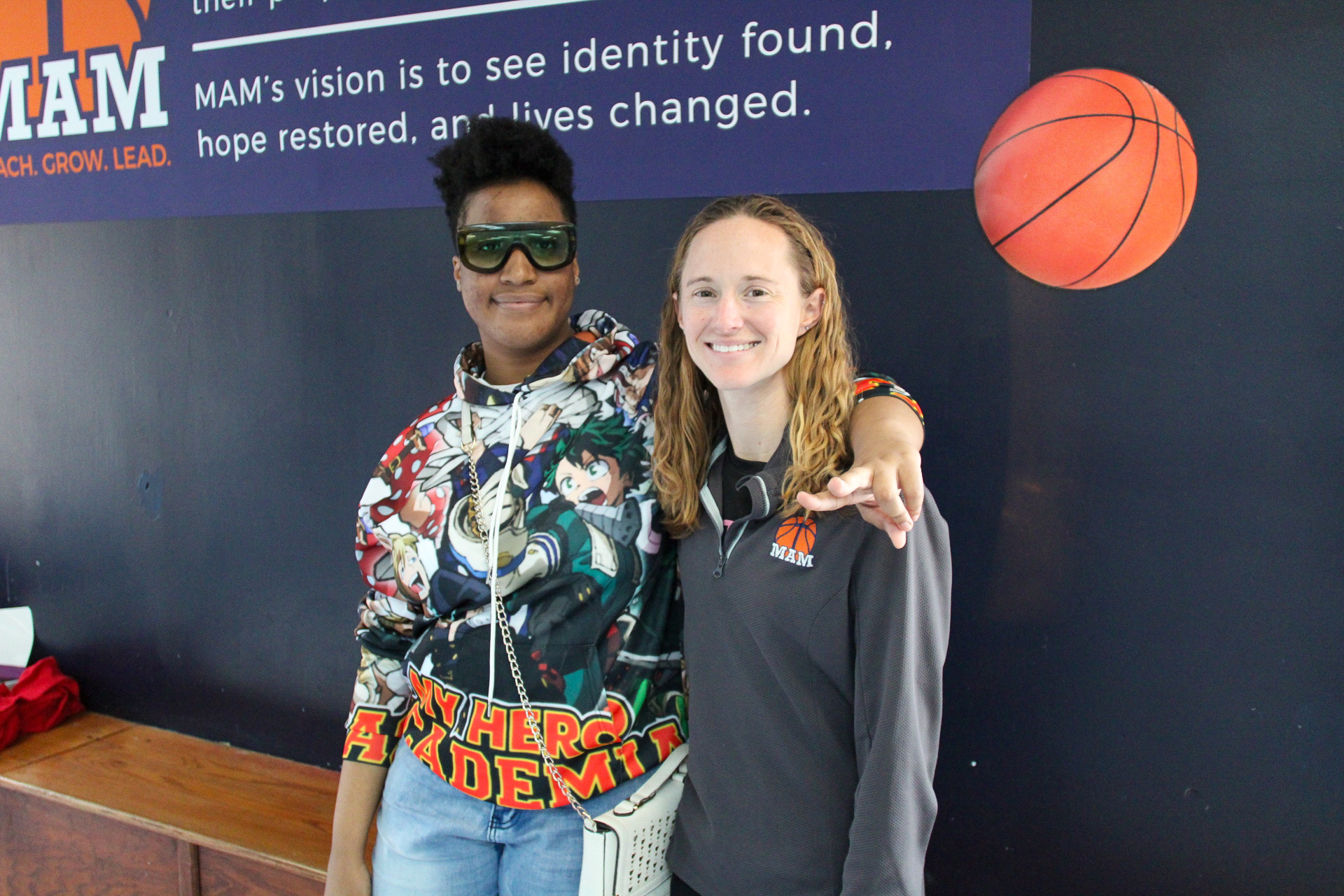 Where the Spirit of the Lord is, there is freedom.
2 Corinthians 3:17

Entering into middle school, Calviana began questioning God. She started to see Him as controlling, manipulative, and toxic – someone who came with a lot of “rules to follow.” Already having people like this in her life, she did not want to add another one. She also remembered times when she prayed but never received an answer. Although she grew up attending church with her family, it wasn’t usually a topic of discussion at home.

All of these negative feelings about God resulted in Calviana labeling herself an atheist – the only term she knew to describe someone who did not believe in God. Although Calviana did not have a relationship with God, she always acknowledged His existence and often attended church and Bible studies with friends from MAM. Calviana admits, however, that this time at church was mostly spent on her phone or dozing off in the back.

But recently, God randomly entered Calviana’s mind, and He wouldn’t go away.

She felt like He was telling her to go to church and actually pay attention, so that is what she did. After church, she felt the Lord continuing to tug at her heart. The following Sunday, Calviana made a commitment to read the Bible and figure out if God is truly who He says He is. 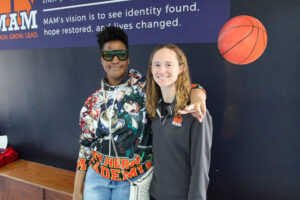 Calviana began attending MAM Leawood when she was in fourth grade and met Coach Sarah when she was in sixth grade. Calviana remembers Sarah breaking up a “play fight” that she was having with another student. Unaware that it wasn’t serious, Coach Sarah had a talk with the two girls, encouraging them to talk out their problems instead of resorting to something physical. Calviana remembers laughing at Sarah because the whole thing was a joke.

Although Coach Sarah remembers their first interaction differently, she and Calviana have built a strong relationship over the past five years. So after Calviana committed to seeking answers about the Lord, she trusted Coach Sarah to walk along this journey with her.

Sarah describes their relationship as one that is founded on Calviana’s curiosity and questioning. For this reason, Coach Sarah and Calviana have spent a lot of time talking through not only concepts about God but other topics such as race and gender in society. Sarah loves that Calviana does not immediately believe what she is told and wants to explore things further. In all of Calviana’s questions, Sarah joins her in seeking Biblical answers.

Recently, Calviana witnessed the Holy Spirit move in her life in a powerful way. Shortly after her commitment to the Lord, Calviana started asking questions about prayer. She always viewed prayer as something ritualistic where you must bow your head, close your eyes, and have your palms together at your chest. To her, this did not feel right. She wanted to know if God would still hear her prayers if she spoke to Him informally, like she was having a conversation with Him.

Just a few days later, The Avenue Community Church – where Calviana works in the nursery, and Coach Sarah is a member – announced a study titled “Divine Communication,” focusing on prayer. Coach Sarah and Calviana are excited to walk through the series together.

Calviana’s story is filled with the Holy Spirit at work. Join us in praying for the Lord to continue working in Calviana and Coach Sarah’s lives!

BODYARMOR has joined our team as a MAM Classic All

Coca-Cola Consolidated has joined our team as a MA

Because of your generosity, we raised over $1,000

It's not too late to make an impact on #GivingTues