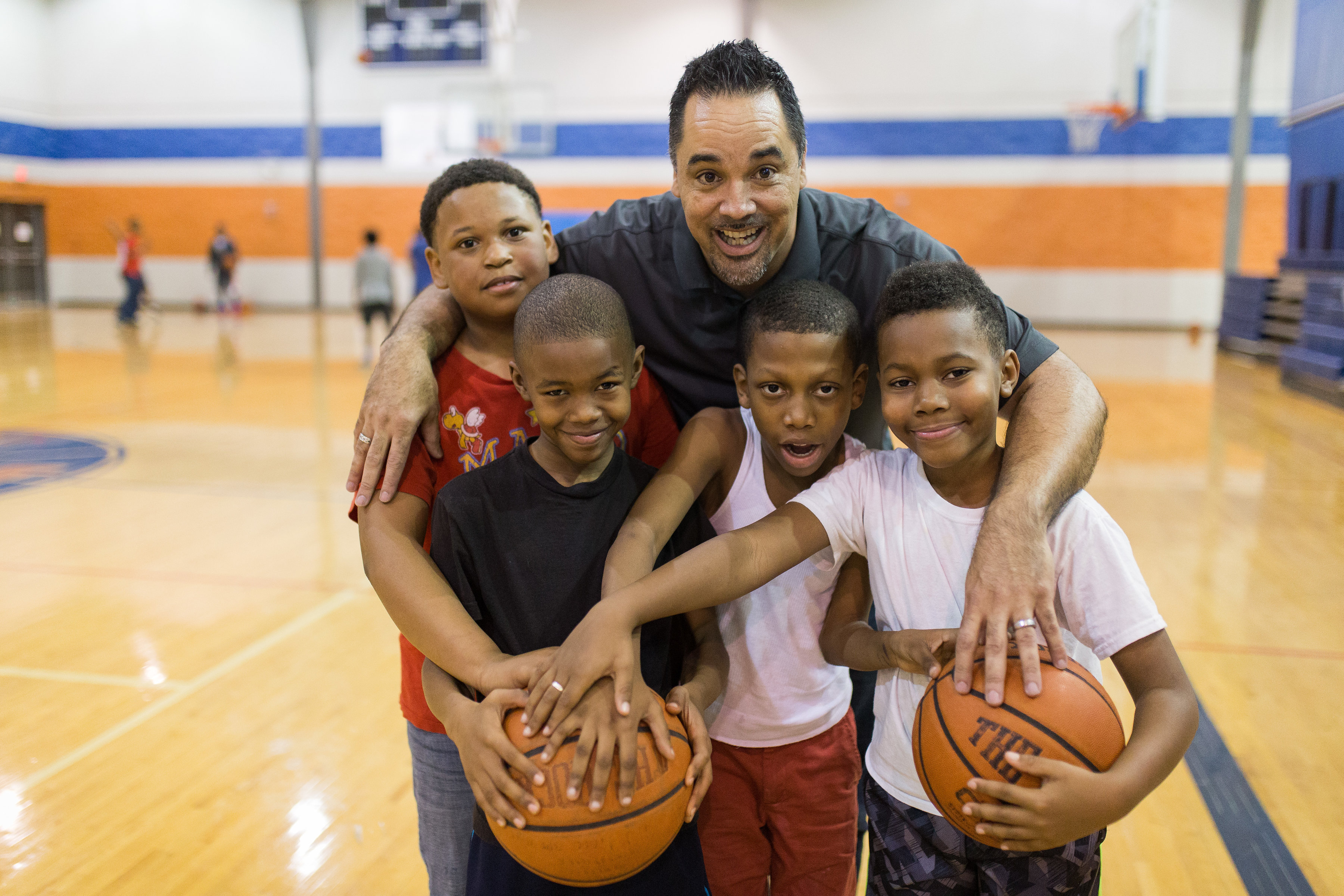 Randy Odom: How basketball coaches can ‘model the ways of Christ’

As a freshman in high school, Randy Odom was pretty much taking care of himself. His mother had died, and his dad was working two jobs.

But the latchkey kid’s life was changed when his basketball coach took an interest in him and helped him get a college scholarship. His coach there got him a job at a sports camp, and Odom became enthralled with the work of mentoring kids.

He moved to Memphis in 1995 and joined Memphis Athletic Ministries, or MAM, in 2005. Today, he is the CEO of the nonprofit, which runs after-school and summer programs, as well as youth basketball leagues.

“Sports and God and kids were kind of the three main things in my life that were huge impactors,” he said. “Part of my story is I see myself in these kids.”

Odom spoke with Faith & Leadership about MAM’s approach to helping the city’s youth. The following is an edited transcript.

Q: Memphis Athletic Ministries offers after-school programs, but you also have broader aims. Tell us about both: what you do day in, day out, and what your larger mission is.

Every day after school, kids ages 8 to 18 come to our facilities and we use sports as the hook. I’d say 85% or 90% of our kids do not play sports at school.

So our focus is the power of the coach, the power of the team in a mentoring, disciple-making relationship. Our mission is to coach Memphis residents to discover their identity in Christ and their purpose in the community.

It’s a powerful thing for a young person to have a coach or an older mentor who invites them, “Would you like to be on my team?”

That young person might say, “Well, I don’t play basketball.”

All of our facilities are in neighborhoods that are distressed financially, economically, socially. Our coaches mentor these young people.

They don’t just work at the gym. They go to the schools every week, and they spend time in the school with the kids, with their teachers. And we also spend time with the parents. A coach can get into a home where a teacher can’t.

Q: Are you talking about public schools? Is there ever an issue since yours is a Christian organization?

Not at all. We’re in over 100 public schools in Shelby County.

Now, we don’t go into the school and lead a Bible study. But our coaches go to the school — the school knows these kids play at MAM, they’re in our after-school program — and we leverage that relational equity with the coach.

A lot of times, a school will call us when they can’t get ahold of the parents. We don’t have any issue with the school, because we’re not actively proselytizing the kids at the school. We’re trying to come alongside the teachers and help them.

Q: What do you mean when you say “in the schools”?

My staff works 40 hours total for a week, and six to eight of those hours are in the school.

If I have an elementary coach — all our staff are called coaches — he’ll have a list of schools where his kids come from, and he will actually go eat lunch at the school and he’ll see the kids. Or he will go to their classrooms and visit and see how they’re doing. He will actually do contact work in the school.

I have a literacy program where there are reading coaches, and so we do contact work in the schools, have contact with the teacher, the principal and then the child. Then we also want to do our best to connect with the parents, so that we can provide that network for that child to succeed.

Q: At your programs, you have Bible study and prayer, correct?

Every day at every gym at about 4 or 5 p.m., we do a devotion, a five- to eight-minute — just a little nugget, something positive, encouraging the kids. Then we’ll pray. Every kid in the gym has a touch point with that. The Bible study is with the team, and it will be specific, structured.

We’ve had kids who are of other faiths, certainly. We don’t force any of our beliefs. We just want to be “Jesus with skin on,” and we just want to love these kids, and they’ll see God in that.

There are a couple of models that we use. We partner with the Memphis Grizzlies, and they’re a part of the National Mentoring Partnership network. I have 20 high school students that are in that program.

The Grizzlies’ mentoring program is called TEAM Mentor. That is a nationally certified program where the mentor comes for 90 minutes a week at a MAM site. They have to commit to one school year. They go through orientation and training, a background check and a high-level commitment of one mentor to one student for a nine-month commitment.

They go through about 24 to 30 hours of training on how to recognize and minister to trauma, specifically using sports as a tool to work with kids who have been traumatized.

Q: What kind of trauma?

It’s multiple. A kid — his parents might have been through a divorce, or there might be trauma due to violence in the neighborhood. A lot of it is because of the environment they come from, but we’ve really learned that every child faces some type of trauma in the culture today.

They’re taught to deal with the fight, flight and freeze responses. So we want our staff to go through that training and be knowledgeable of the trauma that these kids have faced.

Q: You’re working with the kids as individuals, but you also have a vision about having a citywide impact. Talk about that.

One of the things we do in our basketball league is we take suburban and urban youth and we put them in the same league. They all travel around the city playing in different locations, and we bridge that racial gap, that distance that exists between the two throughout sports.

One thing that’s different about our league is that when you go to most basketball leagues, the referee is in charge. We have a “culture coach” who is in charge, a full-time person at that court.

We reinforce those things in our games, but we also do something in our leagues we call “ability grouping.”

If you coach a team of elementary kids and they’re really good and they’re beating everybody by 20 points and they’re 8- and 10-year-olds, we’re going to move you up in the division so they play 12- and 13-year-olds.

It’s no fun for a kid to lose every game and get blown out by 20, and it really doesn’t help your skill level. So we move teams up and down based on the scores every week.

Q: Is this a model that you all created, or is it something that exists elsewhere?

We created that basketball model. We partner with Up2Us, and we’ve done some things through our partnership with them, but for the last 20 years, that’s been our model. I don’t know of anybody else in the city that does that.

Q: What’s your role in reconciliation on a larger scale?

We want to bring reconciliation to those groups of people who are disenfranchised. The rich, the poor — Memphis is a very racially charged city. MLK was assassinated here. It has a history of racial tensions.

One of our hallmarks is to bring diverse segments of the community together and let them know that Jesus is the reconciler of all people.

We do that through the sports, kids playing together in the same league, with the goal that proximity will bring friendships and it will break down that racial barrier.

Q: Can you see areas where your impact is being felt?

I see that all the time. When teams get into an argument, we bring them together and we reconcile them.

I have full-time coaches who were at one time elementary kids in our program.

I have kids from the suburbs now who come into MAM and they want to play on our teams. I might have a young man who is white and he’s the only person on his team that’s not black, but he has come in with his parents and they want to be a part of this.

We’ve been doing this for about 20 years, and it’s changed over the years, but we see growth as well in the culture that we create. I can’t tell you how long it’s been since we’ve had a fight in any of our facilities. Years.